"Icy Colors Change" was conceived after the widespread coverage of the release of the title track on December 26, 2017, which sampled "Airglow Fires" by Lone, a long time collaborator of Banks.[1]

"I will re-release this on vinyl fully mixed and mastered next Christmas [as] it’s a work in progress as a part of a full holiday project I’ve been working on." Banks also recorded a punk rock cover of "Sleigh Ride" which her label at the time, eOne, removed from the electronic version of the EP.[2]

“Unfortunately, it is not an instant classic. She opens the project with the title track, which feels like a fitting follow-up to “Anna Wintour” with its unique blend of house beats and seasonal production. On it, she oscillates between singing and rapping about watching the season’s change with a loved one. It’s a unique concept. But a bloated runtime really kills the vibe. The “212” rapper could have had her social media accounts suspended several times over before the song finally ends.

After giving original festive fare a shot, she warbles her way through some jazz-infused covers. The first is a rendition of “What Are You Doing New Year’s Eve.” Recorded with a live band, Azealia gives it her all. There are a couple spots where her voice verges on grating, but it is a fresh take. My personal favorite is the closer – “Have Yourself A Merry Little Christmas.” The iconic standard opens with an extended instrumental. When she finally starts singing in earnest – around the two-and-a-half minute mark – the hitmaker is at her best. This is the only track where the five-minute-plus runtime is not unwarranted. Meanwhile, the rest of the EP lingers past its expiration date.

After a couple of listens, Icy Colors Change is not as terrible as I first thought. However, I’m not sure I’ll be asking for the deluxe version as a stocking stuffer anytime soon.”[3]

“Banks lets the most wonderful time of the year guide her through a magical yet brief musical outing.”[4] 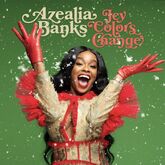 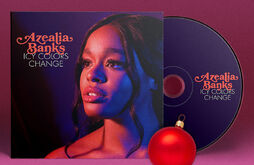