Fantasea  is a mixtape by American hip hop recording artist Azealia Banks, released in the United Kingdom on July 11, 2012. She worked with a variety of producers including Machinedrum, Nick Hook, Hudson Mohawke, Eprom, Drums of Death, Munchi, Ikonika, Lone and DJ Master D.[1][2]

Word of Azealia Banks releasing her debut mixtape arose on May 10, when Banks posted via Twitter "So y'all will be getting, 1991 EP this month, the FANTASTIC mixtape for the summer, and "Broke With Expensive Taste", in the Fall"[3]. A release date for "Fantastic", July 4, 2012, was first revealed the following week. On May 30, Banks took to Twitter again to announce her plans to alter the title of the mixtape from Fantastic to Fantasea[4]. Banks released the album cover of "Fantasea" via Instagram on July 9. Banks later confirmed that Fantasea would have 18 tracks (15 originals and 3 remixes). Via Twitter Banks spoke on the mixtape saying "Fantasea is almost kind of a first album of sorts….but it happened by mistake…. It’s weird". "This is a test run… I tried a lot of cool things… Sounds I thought were progressive, beats made by close friends, different flowsss.[5]

Azealia made music videos for Atlantis, L8R, and No Problems.(Salute not appearing in the final version of the mixtape)

Speaking to NME previously, Banks revealed that ‘Fantasea’ would have “a sea theme, but it’s less obviously mermaid stuff and more like witchy hip-hop and some real rave shit”.[6]

Talking about Fantasea through her Twitter account, Banks has said that the mixtape is "a test run" and that she "tried a lot of cool things" on the project. One of those appears to be the cover art, which is meant to be inspired by MTV's Daria.[7]

Fantasea was very well received by music critics, who praised its eclectic range and Banks' versatility and delivery. Buzzinemusic.com said "Fantasea does perhaps fall short of a classic release, it’s a mix and match affair that Banks herself states 'sort of happened by accident'. But for all of its loose threads this is a mix that sounds exactly as it should; a launch pad constructed of energy, intention and unquestionably prolific ideology, where unbridled creativity, not commercial perfectionism is key. It is a mixtape, not an album – the clue is in the name – and the mix is as every bit as colorful and engaging as you’d hope from the talent.

Popcrush.com gave the mixtape a positive review saying "On the collection, Banks spits braggadocios and salacious rhymes together over soundscapes that seamlessly meshes hip-hop and dance genres together." Pitchfork Media's Mark Hogan praised Banks' "sharp ear for Caribbean-inflected, rave-reminiscent electronic backing tracks" and stated "if, as she put it, Fantasea is a "test run," then Banks passes with aquamarine colors... whether or not Banks wants to be known as an MC, many of Fantasea's best moments showcase her slang-wise verbal dexterity."

Other critics regarded the mixtape as a collection of songs that work to display the many facets of her personae, as well as the versatility of her delivery. They also felt "Esta Noche" was one of the highlights of the tape, praising Munchi's fusion of Montell Jordan's "Get It On Tonite" with electronic house music.

On May 11, 2012, Banks released the track "Jumanji" online as a free digital download. Produced by Hudson Mohawke and Nick Hook, the track served as the first song set to feature on the upcoming mixtape.[8] A second track, "Aquababe"—produced by EPROM and Machinedrum—was released online on June 13.[9] Ahead of its release on July 11, Banks released a third track, "Nathan" on June 30. Featuring American rapper Styles P, "Nathan" was produced by Drums of Death.[10] Azealia spoke on the song Nathan saying “I’m that rap girl who’s out here and doesn’t have another rapper behind her, but she’s got all this mouth and she’s all over the place, So [this collaboration] was cool for me [because I'm like] ‘What ya’ll gonna say now, when I bust out with that Styles P record?’ Ya’ll not gon’ call me fake and make fun of me for having one song. Yeah, I make lil’ dance music and ya’ll got jokes, whatever—watch when I come out with the Styles P record.”[11] Azealia released the song "Neptune" featuring Shystie on the internet on July 10, 2012. Azealia also released the music video for "Luxury" and "Atlantis" on September 27 and November 11, 2012, respectively.[12][13]

"Esta Noche" was planned to be released as the mixtape's first official single on September 25, 2012, but due to the song's producer, Munchi, refusing to give permission for the track's release, the plans were cancelled.[14][15] 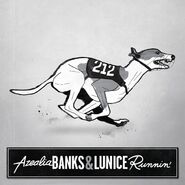 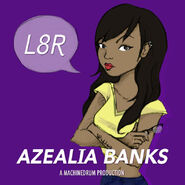 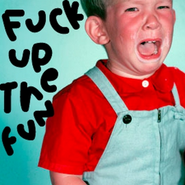 Fuck Up The Fun 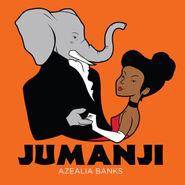 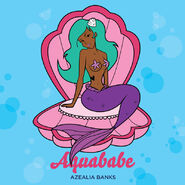 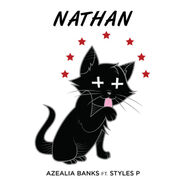 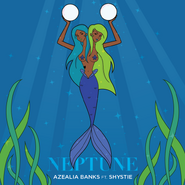 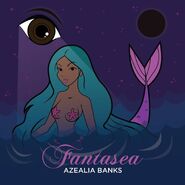 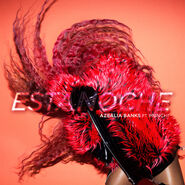 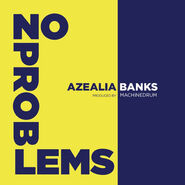 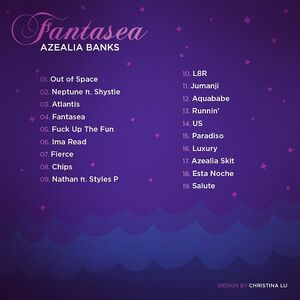 Through her Twitter account, Banks revealed that album is composed of 19 tracks, of which three are remixes. She has described the album as "a first album of sorts" and "a test run," writing, "I tried a lot of cool things […] Sounds I thought were progressive, beats made by close friends, different flows". The full track listing was announced by Azealia Banks via her Twitter account on July 10, 2012.

The first version of the mixtape released on July 11, 2012 contained 19 tracks, but later, the tracks ''Esta Noche'' and ''Salute'' were discarded from the mixtape and a bonus track was added that serves as the track 18 ''No Problems''.