"Broke With Expensive Taste" is the debut studio album by American rapper Azealia Banks. The album was originally slated for release in September 2012, but was subject to numerous delays. Banks released the album's lead single "Yung Rapunxel" on April 16, 2013. The album consists of 16 tracks, including previously released "212", "Luxury". In July 2014, Banks announced she had parted ways with Universal Music Group, leaving the album yet again without a release date. On November 6, 2014, the album was released without any notice in collaboration with Prospect Park.

Under the moniker 'Miss Bank$', she released her debut recording "Gimme a Chance" onto the internet on November 9, 2008. Later that year, Banks signed a development deal with record label XL Recordingsand began working with producer Richard Russell in London, leaving the label later that year due to conflicting ideas. Following her departure from XL Recordings, Banks left behind the 'Miss Bank$' moniker and formally became Azealia Banks, which preceded a move to Montreal. Using YouTube as a portal, Banks uploaded several demo tracks—including "L8R" and a cover of "Slow Hands" by Interpol. In September 2011, Banks released her debut single "212" as a free digital download from her website, which was subsequently released officially on December 6, 2011, as the lead single from her EP 1991. The track attained European chart success, peaking at number seventeen in the Netherlands, number twelve in the United Kingdom and at number seven in Ireland.

The album's title, Broke with Expensive Taste, was first revealed in February 2012. On March 14, 2013, Banks revealed on Twitter that there would be thirteen tracks on the standard edition and seventeen on the deluxe edition, later clarifying on June 23, 2013 that there would be only sixteen tracks due to "BBD" being cut from the final edition. In July 2013, Banks announced that the album would be released sometime in the fall of 2013. However, this has since been delayed to January 2014, and again to March 2014. On January 26, Banks criticized her record label due the delays surrounding the album, stating: "I'm literally begging to be dropped from Universal". On March 20, 2014, Banks announced via Twitter that she would start leaking the album on April 15. The album was released by Banks, with no prior notice, on November 6, 2014. In an interview for NME Magazine, Banks revealed that her second studio album, entitled Business and Pleasure, would be released in 2016, preceded by the mixtape Fantasea II: The Second Wave in mid 2015. 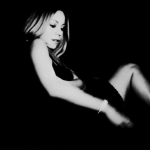 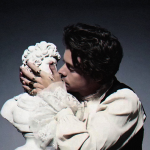