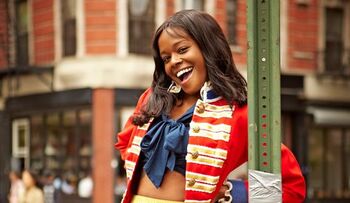 Azealia Amanda Banks (born May 31, 1991) is an American rapper and singer. Originally from Harlem, New York, Banks at a young age pursued an interest in musical theatre before eventually becoming interested in a career as a recording artist. She adopted the pseudonym "Miss Bank$" and began releasing her music onto the internet in 2008.

Banks is known for her versatile and innovative flows which she raps over house beats. Since the release of her EP, 1991, she has garnished a large fan base.