"212" (pronounced two-one-two) is the debut single by American rapper Azealia Banks. The song's musical base is the track "Float My Boat" by Lazy Jay, who also produced 212 alongside Azealia. The song was first released as a free digital download on December 6, 2011 in the United Kingdom as the lead single from her 2012 EP 1991. The track was also featured on her debut album Broke with Expensive Taste as Track 5. Upon release, the song was chosen as the Record of the Week by Nick Grimshaw on BBC Radio 1. The song then appeared at number 9 on Pitchfork Media's Top 100 Tracks of 2011, positioned above Kanye West, Drake and Adele. British national newspaper The Guardian placed it at number 2 on their The Best Songs of 2011 list. The song is named after the area code 212 which covers the area of Harlem, New York where Banks grew up.

Upon release, the song received mostly positive reviews. Critics complimented Banks' versatile rapping style as well as her song writing ability. The Guardian gave the song a highly positive review and placed it at number 2 on their The Best Songs of 2011 list. In a review, Michael Cragg praised the song calling it "a startling three and a half minutes of attitude" as well as "incredible." Carrie Battan of Pitchfork Media complimented her "unpredictable vocal range" and wrote, "She clicks between characters and styles casually, effortlessly. No seams. A jaw-slackening demo reel." NME dubbed the song #18 on their 50 Best Tracks Of 2011, calling it "mischievous, quick-witted and full of filthy cunnilanguage: it’s made Azealia Banks, the coolest girl on the planet, and it delivered on 2011’s forward-thinking promise." NPR Music gave the song a positive review and listed it as one of their 100 Favorite Songs Of 2011, calling the song "the raunchiest shut-down of 2011." Pitchfork gave the song its Best New Music accolade and ranked it number 9 on their Top 100 Tracks of 2011 list, writing:

So she's an internet novelty? Hardly. "212" works because its popcraft and its shock tactics are each other's Trojan horses-- concentrate on one and the other sneaks up on you. One reason "ruin you, cunt" feels like such a payoff is that Banks spends an entire verse of quick, unshowy rapping setting up its run of vowels. Banks uses the peaks, breakdowns, and drop-outs of Lazy Jay's bouncy "Float My Boat" to give her Minaj-style vocal-shifts some context: from sassy and chatty during the build ups to cartoon rage as the synths rear up around her at the song's end. If it were judged only on its visceral thrill, "212" would still be one of 2011's best, an unashamed banger in a mostly mid-tempo year. But the more you dig into the song, the more you can hear details and decisions that suggest a scary degree of pop talent.

A music video to accompany the release of "212" was released onto YouTube on September 12, 2011 at a total length of three minutes and twenty-six seconds. Directed by Vincent Tsang, It features the rapper-singer dancing in front of a brick wall and close-ups of her rapping into the camera. The video also features beat-makers Lunice and Jacques Greene. It has also received positive acclaim and has accumulated over 50,000,000 views on YouTube. 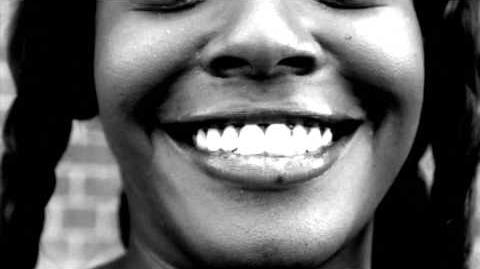 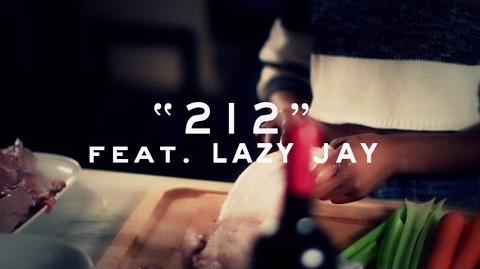 The song was played during the controversial Giovanna Plowman "tampon video".